Powderpuff Game – But for the Boys! 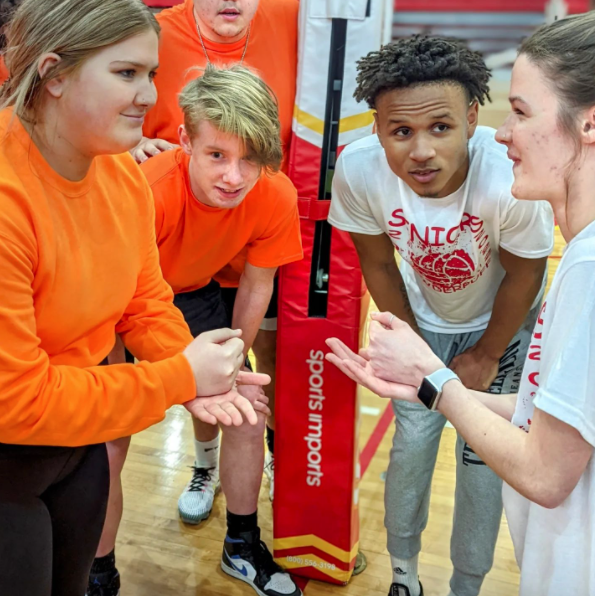 The seniors had a clean sweep in this year’s Powderpuff competitions, beating the sophomores, juniors, and staff. Head coach and coordinator for the senior team, Madison Chastain, explains how before the game, the team prepared by going into the hallway and stretching, followed by the coaches hitting down balls at them to help them warm up. She stated, “I went into the games being pretty confident. I had faith in my team that we could beat the other teams.” With this statement, she was correct, as that’s exactly what the senior team did. Madison felt that her team had great energy and enthusiasm, and she thinks this assisted in the win. She also felt they did a great job attempting to get 3 hits, and working together to execute smart plays. However, on the other side, she thought they could have done better with staying inside the court and communicating, but overall, she was highly impressed. When asked who she felt the MVP was, she responded with, “All the boys played to their best ability. Volleyball is a team sport, so it took everyone engaging to play well.”

Although the game was very fun, competitive, and entertaining, this game was much more than that. This powderpuff game was all about raising money for Dance Marathon and the Children’s Miracle Network. Student Council organized this event for a fun way to fundraise for the kids. Mrs. Young, who is head of the Student Council, and who was a large coordinator of this event, said that these games raised over $250. There also was a bake sale, which helped to raise additional funds, and seemed to be a hit. She shares that the idea originated from a few years ago. “When I used to be the varsity coach for volleyball, my athletes approached me with the idea. We attempted to have a sand tournament, and didn’t have enough participants. We tabled the idea until the next year, and decided to do powderpuff volleyball instead! So the idea came from student-athletes!” It appeared that everyone was happy it did because throughout that gym there were smiles ear-to-ear between the players, coaches, and fans to be having so much fun for a good cause.

Mrs. Young plans to continue this new tradition for future years to come. She states, “My favorite part about the game is seeing the boys play our sport. As someone who has spent most of her adult life on a volleyball court, it is fun to see new players giving it a try! After watching the senior team, I wish we had boy’s volleyball at RIHS! They did a great job!  It is powerful to remember that while we are out there having fun, there are children who cannot. The efforts of the Student Council will have a significant impact on many families who are faced with the financial and emotional hardships that come with having a sick child. We are pleased to be able to assist the Children’s Miracle Network with their efforts!” 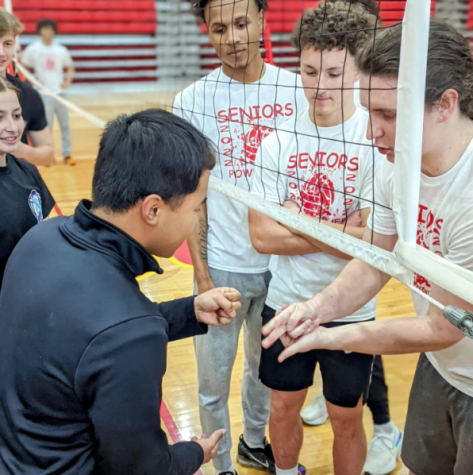 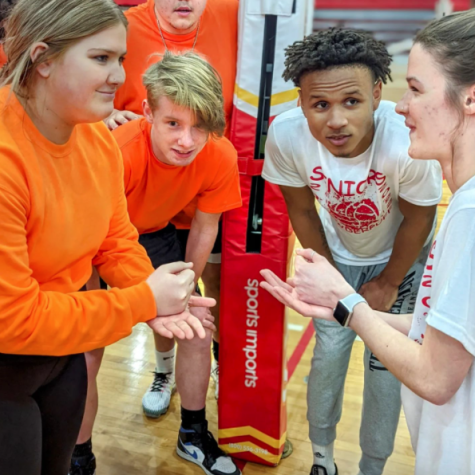